What people have said and are saying about Values & Visions

In 2017, some time after V&V had gone out of print, L. Philip Barnes wrote, “Outstanding resources for use in schools to enable teachers to create inspiring and engaging opportunities for spiritual development.” 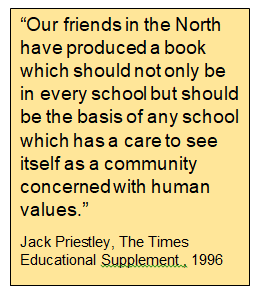 Andrew Burns (no relation!), involved in V&V since its inception, states, “As an educator I knew I could trust that the material had been extensively tested in a wide range of educational contexts by a development team that were drawn from a significant number of leading educational practitioners… I am thrilled to discover that there is to be a Values and Visions 2 that will draw on the work done in the past and offer a new version to address the needs of teachers and children in the present educational context. Values and Visions is needed more than ever in the 2000s.” Andrew Burns. Former Primary Headteacher, freelance educational consultant, inspector and Schools Adviser, February 2018.

Pauline Wilde, another educator involved throughout the life of V&V comments, “V&V was ahead of its time first time around and our education authority advisor asked me if I had heard of it. She was delighted 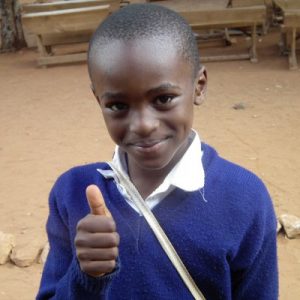 to know I was already using it, for as she said, it’s far and away the best of its kind, a unique resource. Values and Visions V2 is needed more than ever in today’s complex world.” Pauline Wilde, Primary School Teacher, February 2018.

The new V&V is set to make a huge impact. Dr. Robert Fisk, a reviewer in New Zealand writes, “Values and Visions returns to a philosophy based on the development of the individual. It seeks scrutiny of what is valued and gives examples of how to experience some chosen items, and how to reflect on outcomes within parameters characteristic of what is generally regarded as the Humanist philosophy of Education,” Dr. Robert W Fisk, previously Senior Manager Special Programmes, Otago University of Otago Language Centre, 18 February 2018.

It has found favour in teacher training in the U.S.A. too. Rachel Schiera notes, “V&V’s expansion and support of the concept of “reflection” into eight subdomains allowed me to better assist my undergraduate-level preservice teachers as they took their initial steps into America’s public school classrooms… V&V is invaluable to American teachers in that it broadens and deepens the meaning of reflection beyond Danielson’s Framework to incorporate values, emotion, and hopes for a future beyond the classroom. I highly recommend adding Values and Visions to pre- and in-service teachers’ professional libraries” Rachel Schiera, Indiana University of Pennsylvania, 27 February 2018.

If you would like to trial V&V or learn more about it, contact us and become part of the V&V community.